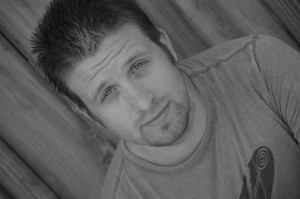 David picked up the guitar when he moved from his hometown of Phoenix, Arizona in 2001 at the age of 19. Thirteen years and countless hours of practicing, performing and teaching later, David still play at multiple venues in the Kansas City area while teaching from his studio at Guitar Dock in Lenexa, KS, and from his home studio in Raytown, MO. where he offer lessons for all students during the daytime and evening hours. As a guitarist David is motivated primarily by a passion the language of music. Growing up he was influenced by the lush arrangements of classical, jazz, and film scores. Since picking up the guitar he’s been inspired by guitarists from such diverse backgrounds as Eric Johnson, Robben Ford, Tuck Andress , Ted Greene, John Mayer, James Taylor,  and Martin Taylor. Today he plays and teaches a variety of different styles, ranging from rock and blues to classical and jazz.

David has also studied classical piano with Karen Kushner, adjunct associate professor of piano at UMKC. Additionally, he studied jazz improvisation and theory with flugelhorn player Stan Kessler,  jazz guitarists Jay Eudaly and Danny Embrey.  With both instruments David seeks to convey greater musical awareness and improvisatory skills to his students. His focus is upon removing barriers to natural progression and establishing an integrated relationship between player and instrument as well as cultivating a finer appreciation of musical subtlety and context.